Home Save a life - Guilford CountySubstance Use Disorder & Racial Equity

Substance use disorder does not discriminate. While it is an issue across all demographics, it has traditionally been an issue that mostly impacts White communities. Statistics from January 2022 reflecting opioid overdose Emergency Department visits in North Carolina seem to support this narrative, as those treated were predominantly male, White/Caucasian, and ages 25-34.

Because of this, North Carolina has adopted the Opioid and Substance Use Action Plan 3.0. This action plan is designed to address substance use disorder through the lens of equity and lived experiences.

The Opioid and Substance Use Action Plan 3.0 acknowledges that our public health approach to harm reduction must use a research-based, culturally competent approach to educate and engage historically marginalized audiences. While opioids receive a lot of media attention, the type of drugs that are misused and cause deaths in other racial groups often vary.

Four priority areas outlined in the State’s Action Plan include:

Addressing substance use disorder is a long-term process that will require input from all communities, as well as those who are currently or have past “lived” experience using drugs. It is time we reframe the substance use disorder discussion to treat it as a medical issue and find equitable solutions for all North Carolina residents. 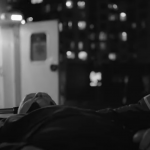